Black-Owned Coworking Spaces Are On the Rise

In the last five years, there’s been a rise in coworking spaces across the United States. WeWork offices and Impact Hubs have popped up in dozens of cities, allowing entrepreneurs and professionals to rent spaces monthly, weekly and often by the hour. And it’s not just white tech bros who are launching these new ventures — sisters have decided to dive into this movement to claim spaces of their own.

We met and talked with a handful of Black women who have launched their own collaborate ventures. Each founder — from Marisa Johnson in Inglewood, Calif., to Randi McCray in New Haven, Conn. — offers some advice to other Black women who hope to set forth on their own innovative ideas.

LC Johnson opened Zora’s House last April after searching for a community to work and play with like-minded women of color in central Ohio. Johnson likes to joke that Zora’s House is like “your favorite coffee shop and your homegirl's house had a baby,” she said over email. At Zora’s House, which is named after author Zora Neale Hurston, members can host meetings and events or set up shop to get work done.

Her advice to other Black women: "We've had to fight for every opportunity. And even when we accomplish far more with far less than so many folks around us, we still struggle not to feel like impostors. My advice is to be aware of this tendency and to push back on it as often and as hard as you can. You are worthy. Your voice and your work matter."

Karen Burton co-founded SpaceLab Detroit after realizing that a lot of the equipment and amenities she needed as a freelance designer weren’t available at other shared office spaces. With that in mind, she and her team created a space that specifically aims to connect other building-industry creatives and entrepreneurs. Located in the middle of downtown Detroit, SpaceLab fosters an environment where members can collaborate on projects that are being planned for the city, with the hope of competing against bigger companies to win over those contract deals.

Her advice to other Black women: "Know your finances and your numbers before starting your business and track them consistently."

Shala W. Graham saw coworking spaces popping up in Washington, D.C., but knew that she wanted to be the first to launch a shared working environment in Silver Spring, a suburb right outside of D.C. Enter Creative Colony, which welcomes creative entrepreneurs and professionals as they grow their businesses. Graham, who is a personal branding photographer, also offers business coaching to members of Creative Colony.

Her advice to other Black women: "I always tell people to seek many advisers as they navigate being a business owner. Having a mentor who will give you feedback and help you network will make a considerable difference in your ability to avoid pitfalls and grow."

Marisa Johnson co-founded LA Create Space with her husband, Terell, to specifically support designers, copywriters, photographers and other creatives in the Los Angeles area. Located in Inglewood, where the Johnsons grew up, LA Create Space offers a photography studio, editing suite and other technology to help professionals create their best work.

Her advice to other Black women: "Develop a plan. You don’t necessarily need to know exactly where you’re going, but having a plan will help you make the first move."

Her advice to Black women: "Traditional pathways to entrepreneurship don't apply to Black women founders. You have to be willing to think outside the box, think ambitiously and strategically to get a seat at the table."

Meagan Ward grew up watching her mom juggle a 9-to-5 job and a side hustle and was motivated by her mother’s nonstop, get-the-job-done attitude. So Ward launched Femology in downtown Detroit in the summer of 2017 to help other women launch their dreams alongside other ambitious female entrepreneurs. Femology will soon house more than 100 women-owned brands within the space.

Her advice to Black women: "Your skillset and seeking your purpose is a beautiful combination. You'll catapult in a way that will be your endless joy and a portfolio of your most profound life's work."

Space Called Tribe, a cowork and urban innovation lab, is a well of innovation located in Overtown, a historically Black neighborhood in Miami. The coworking space serves minority entrepreneurs and hopes to quench what Felecia Hatcher calls an innovation desert in that community. Through Tribe, Hatcher hopes underserved entrepreneurs can support each other and have a physical place to launch their ideas.

Her advice to Black women: "Take up as much space as you need to in this world. Live boldly and know, as James Baldwin said, 'Your crown has already been bought and paid for, it’s just waiting for you to put it on your head.'"

Randi McCray and Merieta Bayati started The Urban Collective in New Haven because they knew that the high cost of real estate in the city was prohibiting small businesses from reaching their potential. The 1,200-square-foot space is the first black-owned collaborative work space in New Haven and is available for monthly, weekly and hourly events for small business owners. So far, The Urban Collective has hosted workshops, networking events and even a quarterly “curl bar” where people can talk about maintaining natural hair.

McCray's advice to Black women: "Start something and then continually evaluate and expand. Start with a foundation, decide on what your most viable product is, and then grow from there."

Ashara Ekundayo, one of three Black women on Impact Hub Oakland’s founding team, told me over the phone that they all made sure to lead the organization with their mission of building an inclusive and diverse coworking space. The cofounders of Impact Hub Oakland are the most racially diverse group within the global network of Impact Hubs; five of its seven cofounding members are people of color. The 16,000-square-foot space honors the legacy of Oakland, a once mostly black city known for being the home of the Black Panther Party, by fostering authenticity, creativity and community engagement. Ekundayo hopes that members of the space feel welcome at Impact Hub Oakland and actively come alive there.

Her advice to Black women: "Take care of yourself physically, emotionally and intellectually. Taking care of yourself has to be the priority. You must honor and love yourself first to serve your communities."

Ro Simmons wanted to create a space for women to be able to execute their visions comfortably, she said over email. So she opened Business Lounge Dallas last year in north Dallas, where entrepreneurs can host workshops, model castings and other events in a beautifully designed space. Over the next few months, Business Lounge Dallas is already set to host several workshops on social media, goal-setting and branding.

Her advice to Black women: "Running a business is not for everyone and that's OK. If it is for you, don't get attached to a vision or one way of executing it. Re-up but don't give up." 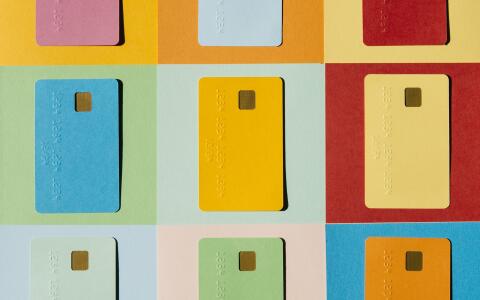 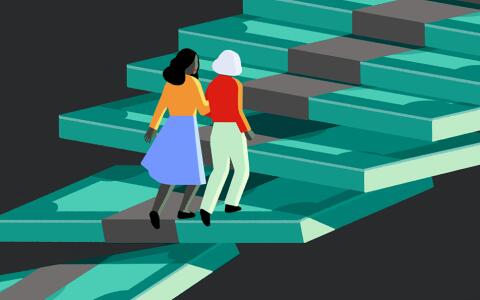 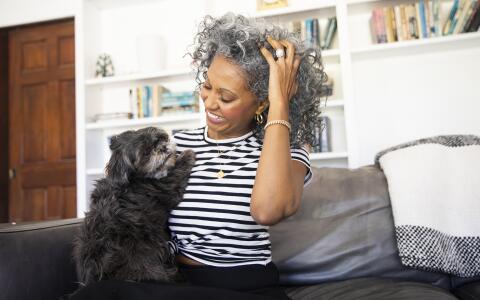