When Granny Gets Her Groove Back

Theresa fell hard for a suave suitor after years of widowhood. Were things moving too fast?

Theresa is smart, kind and beautiful. She is a retired bank treasurer and grand or great-grandmother of 28. I remember her and Grandpa Henry entertaining with hors d'oeuvres and a full bar. They regaled us with vacation stories. Henry cut a fine figure as he twirled Theresa, graceful and lithe, on the dance floor.

I moved in with them at 17. Dad traveled for work. Mom remarried and relocated. I chose to stay put. Grandma Theresa washed my clothes, cooked my dinner and waited up nights for me.

But the time came for me to reciprocate that care. Emphysema, prostate cancer and a bad back made Grandpa dependent on the woman who married him when she was 16. Only sitting up in bed to use the bathroom or take oxygen, he relied on her. “Theresa! Bring me a glass of water.” “Bring me a blanket!” “Turn on the fan.” Grandpa was a proud man. Desiring to not appear weak, perhaps, he’d become constantly demanding. For years, she ignored criticism from those who felt he was too controlling.

Even after I moved to a nearby apartment, I would give her a break when I could. Running up and down the stairs until he was satisfied with his coffee, I fathomed her devotion. She was at his bedside day and night.

I walked into her brownstone that day, eyes puffy. I held Grandma’s hand. More relatives arrived with fried chicken. As large as our family is, I felt it was my role to make sure she would never be lonely. I had a set of keys. I would stop by to pick up mail or to bring cake or soup.

Theresa was born in Puerto Rico. Following an old Latina bereavement custom, she wore only black. As we talked about love, loss and faith, she told me she felt guilty. Could she have been more patient as a caregiver? We’d cry, then she’d recall happier times: dances at the Savoy and the Palladium, laughing at Nipsey Russell’s routine.

After her year of mourning, Grandma resumed traveling, visiting relatives, swing dancing in Harlem with Myra, her younger sister. I was glad to see her glow again.

Then, four years ago, we were cruising uptown. Cousin Elayne, Grandma and I were in a festive mood from Aunt Zenda’s party. “You know,” she dished, “a gentleman has asked me to breakfast.”

“Breakfast?!” Elayne’s tone caught the juicy tidbit’s intimate connotation. The three of us broke out in giggles. And that’s all we heard about this mystery man she’d been seeing until nine months later.

She hadn’t been looking for a date. A gas leak and explosion in Grandma’s old Spanish Harlem neighborhood had prompted a flurry of calls among family and former neighbors worried about the residents’ safety. This led to a reunion between Theresa, 81, two of her siblings, an old friend from their former building and Fred, 76, who had lived around the corner. The former neighbor, Speedy, played wingman. Myra arranged a weekend gathering in the country for the crew.

No little black dress for Fred and Theresa’s first date, to the theater. She wore a royal blue sleeveless dress and $200 heels she couldn’t walk in.

I needed to meet this Fred. He smiled and shook my hand, then handed orchids to Grandma and pecked her cheek. They sat on the couch, drinking wine, smiling, looking into each other's eyes. “Fred’s taking me to Coney Island to ride the Cyclone,“ Grandma shared. At the thought of that jerky, archaic coaster, I suggested that wasn’t a good idea. Fred took my hand: “Listen, dear, we’ve paid our dues. No one can tell us what to do.”

‘Nuff said. I could back off. A little.

When I called, Theresa was rarely home. Once, I rang her all weekend and got voicemail. Worried, I queried relatives. She and Fred had been at the River Gate, dancing.

On the dance floor, cheek to cheek, Theresa and Fred move well together. It’s the only PDA they indulge in. Once, I playfully tried to pry into their love life. “I’ll never tell!” she said with a wink, adding “Let me just say that he’s Latin!”

On Theresa’s birthday, family crowded into her space to feast on her mac ’n’ cheese, collards and okra. Grandpa, hailing from Charleston, had introduced her to these dishes. “I love you all, but you have to be out of here by 7 p.m. Fred is taking me to the theater,” she announced. We all looked at each other and laughed. She’d taken care of us and kept family traditions. It was time someone doted on her.

But it wasn’t until after another birthday party, Uncle Hank’s, that I satisfied myself that Grandma was in very good hands. She’d slipped and split her head on the marble bar. Fred rushed over with her coat. He programmed the GPS for the hospital. Grandma, pressing a bloody napkin over the wound, played backseat driver:

Fred looked back at me and said, “You see what I deal with? Your Grandma is a tough cookie.” I began to chuckle. “Theresa,” he continued, “you know, this may be a deal-breaker. You just party way too hard.” 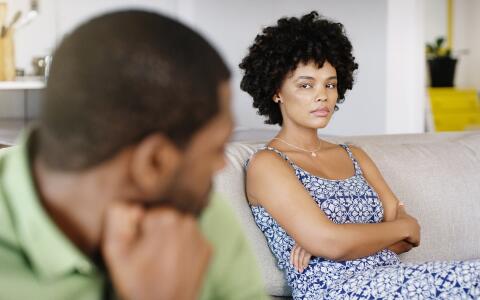 We Time
I Missed These Signs My Husband Was Having an Emotional Affair
If I hadn’t ignored them, I could have confronted him before encounters between him and his coworker went from innocent to physical.
By Anonymous
Read More 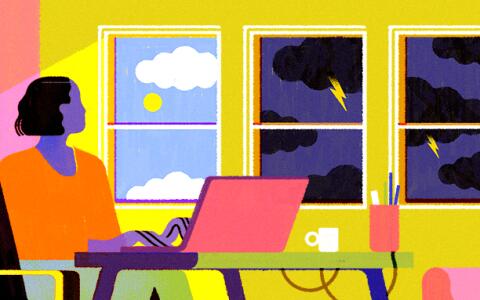 Work & Money
5 Money Strategies for Turbulent Times
A down market still can offer opportunities to build toward wealth. Here’s how.
By Deborah Owens
Read More 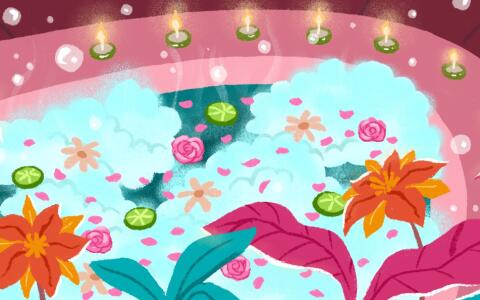 Me Time
7 Reasons to Take a Bubble Bath Tonight
You may burn calories, sleep better, boost your immune system. Oh, and did we mention you can stream our soulful new "Tunes for the Tub" playlist?
By Tracy E. Hopkins
Read More 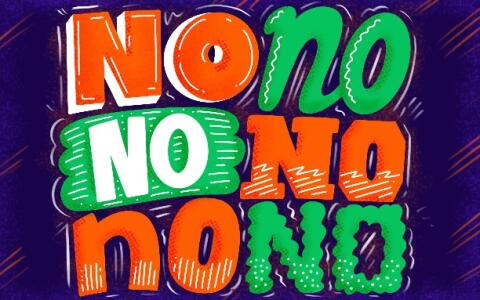 Me Time
6 Times It’s Really OK to Say No
Is it selfish — or self-care? Here’s how to set boundaries without fear of being perceived as that other b-word.
By Aabye-Gayle D. Francis-Favilla
Read More